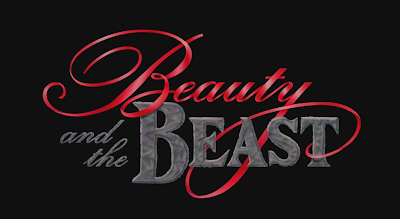 Celebrating its 20th anniversary this year, BEAUTY AND THE BEAST is one of the most unforgettable movies of all time, a daring, outstanding achievement from a studio which had just rebirth from a major animated feature crisis with "A Little Mermaid" which was deservedly rewarded with the first-ever nomination for Best Picture for an animated picture (since  then, two other Disney efforts made it again - but with 10 nominees). Full of idyllic romantic moments, the most enchanting classic in the Disney dynasty has it all: a heartstopping story of two very different people, from two very different backgrounds, each seeing past the outer beauty (or lack thereof, in Beast's case) of each other and finding love against all odds. 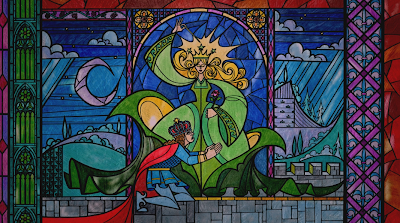 We first meet the Beast through a very inventive and inspired prologue that informs us that once upon a time, in a beautiful castle somewhere in France, lived a handsome prince who, unfortunately, hadn't got a soul to match his outer beauty. He was rude, he was arrogant, he didn't have love in his heart. It was because of this that one day a beautiful enchantress transformed him into a Beast and gave him an enchanted rose that would begin to wilt. If its last petal fell and he still hadn't found true love, he would remain a Beast forever. We are then introduced to Belle, our feisty heroine, that lives within the magical, enchanted world of her books and doesn't have time for the romantic advances of diva/brute Gaston, who insists that she will become his wife someday. With this, you know that when Belle arrives at the castle, the seemingly impossible, tragic, spell-breaking fairy tale romance is about to blossom. And to be fair: the story doesn't disappoint. The main story arc is then enriched by the presence of marvelous secondary characters that come in the form of everyday objects turned into servants to the Beast. They give a much-needed wit and energy to the story, making the storytelling fresh and audacious - a wise decision made by Howard Ashman, whose lyrics in collaboration with always reliable Alan Menken bring about a spur of creativity and magic that few musical movies have ever possessed. The central ballad, "Beauty and the Beast", is of course sensational and uplifting, but it's in the lesser songs, like "Gaston", "Be Our Guest" or "Belle", that this duo really leave their indelible mark of unquestionable quality. 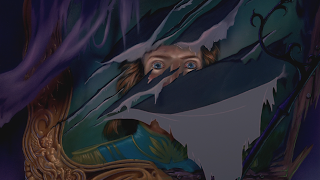 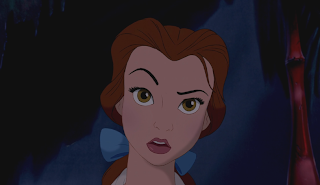 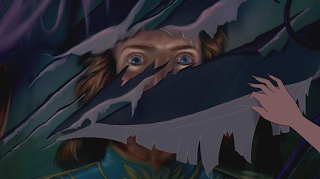 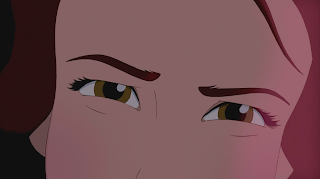 My best shot: I had to think very thoroughly to find a "best shot" among my 25 favourite screenshots of the movie (so full of delicious details, such a distinct design - amazing art design on the castle, by the way); nevertheless, I stuck to my guns and picked the one I was happiest with. It's a four-part shot of when Belle decides to explore the west wing of the castle, against the orders given by the Beast and the warnings from the servants. She enters a room which seemed as if it had once been a bedroom; yet, it was now full of debris, broken furniture and ripped curtains. Surprisingly (or not), one thing in particular strikes Belle's interest - a portrait of a beautiful man with piercing blue eyes which was tore apart. Those eyes... She has seen those deep, blue eyes before. It is, I believe, the first time Belle starts to understand that the Beast is not the evil being it tries so hard to be. It is the first time Belle begins to see through it (his?) surface. And it's the first glimpse of a change of heart in Belle's mind (and talk about a widely expressive protagonist!). It may not even be an important scene taking into consideration the whole movie, but to me, it's one of its very best images - and speaks a lot about both of the main characters (I love how the ripped effect of the portrait tells so much about how much baggage and damage the Beast carries and how he is in fact two beings at once) while not revealing much about where the plot is about to go. 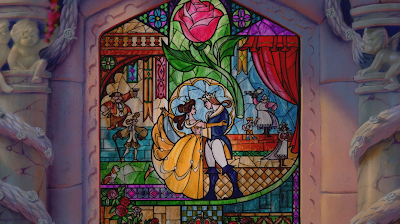 All in all, BEAUTY AND THE BEAST is dreams come true, it's fantasy at its very best. It shakes us to our core, it brings up the most wonderful feelings in our heart, it is as powerful and as enchanting a fairy tale as any. It's one of the grand animated features of the New Golden Era of Disney - and it's one that stands on its own with the big giants of the studio, like "Snow White", "Pinocchio", "Fantasia", "Sleeping Beauty", "Alice in Wonderland", "A Little Mermaid" and "The Lion King". It's so soulful, so joyous, so rich and hopeful that you can't escape the feeling  it projects - it brings you to tears, it makes you root for the two characters, it makes you learn a valuable lesson for life: never trust appearances, as they are very misleading. All this while having tons of fun and filling our hearts with love and warmth. That's the Beauty of the Beast, I suppose.